How do you deal with your child’s obsession with a cuddly toy? 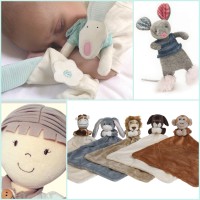 I read in the Daily Mail today about Natalie Massenet, Mum to a boy and a girl and newly crowned head of Net-a-Porter.  She bought 8 of one comforter and 3 of another as her children are so devoted – presumably the fear of the tantrums and upset has prompted that.  A working mum has enough to deal with so avoidance tactics are a good one in my view!

I remember having to cope with a whole evening of sobbing when my 4 year old son lost his pet (toy) dog which he had from birth.  Luckily we found it the next day and he still has it now (he is 39) although it is a bit dog eared (no pun intended!).  Now (I believe!) it s a sentimental memory and keepsake that he won’t part with.

Of my many grandchildren they have all had different comforters at different times and I would never deny them the security they must feel with a familiar object, but at what point do we stop scouring the internet for a replacement and help them deal with the loss?  Loss, as we know, being a part of every day life.

My thought is that we help them along for as long as we can, finding replacements, buying a few in an anticipation – reality of life kicks in soon enough.  Great Nana Jen knitted all of our grandchildren a white shawl.  Our eldest granddaughter loved hers – she could put her fingers through the holes created by the pattern and hang on to it for dear life.  It became a mangled mess and when she was about five Nana Jen knitted her a replacement.

I would much rather they gave up on their comforter naturally (as they do eventually) rather than it be forced.  But reality is that sometimes the loss happens and you just have to help them through it.  And as for you - a glass of wine might help as you wonder how you’ll ever get them to sleep again! 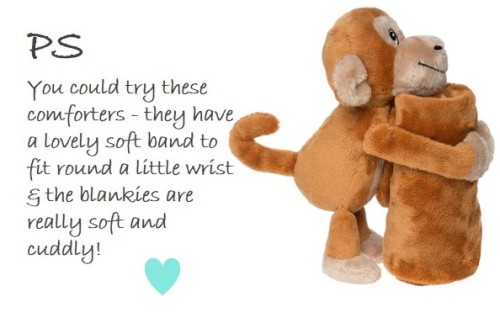