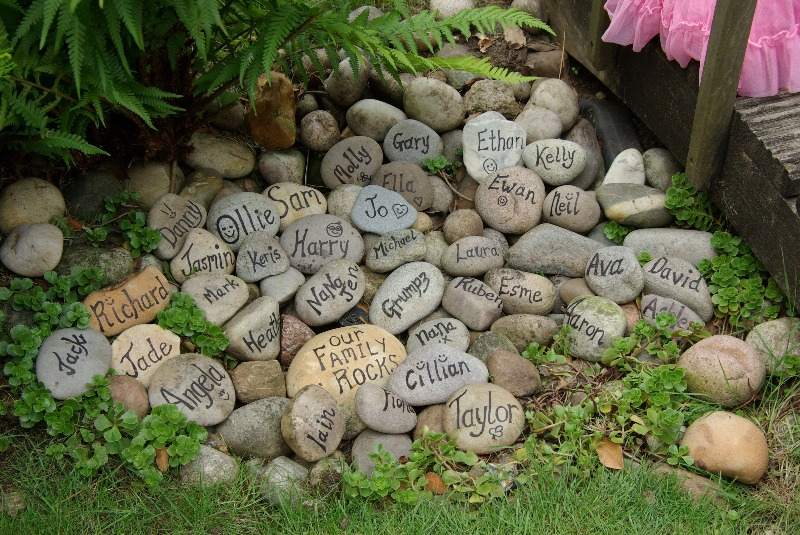 By accident we have created a family tradition packed with memories.  20 years ago we decided to have a barbeque to introduce people to our new house. We only had our youngest at home – she was 15 – my two eldest and 2 stepchildren were at university or working away and hubby has 5 brothers and sisters so it seemed a great way of getting everybody together.

That year 31 people stayed, sleeping end to end in any space they could.  We did the same again the following year (can’t remember why!) and the year after that.  By the 4th year everyone assumed that the first Saturday in August was spent in our garden, come rain or shine.  We put up a gazebo to shelter us from the rain or give us shade from the sun but the barbeque happens regardless!

We are a large, assorted and blended family that has grown and changed over the years, with characters joining (including lots of grandchildren – mainly boys) and some leaving.  Great Nana Mags and Great Nana Jen always arrived from Scotland – my mum and ex mother in law.  They were friends and came on holiday together (always at barbeque time) – sadly Nana Jen comes on her own now.  We’ve seen different boyfriends and girlfriends come and go and acquired some lovely step-grandchildren too.  We’ve celebrated 18th birthday parties, 21st birthdays, 30th’s, 40th’s, 50th’s and 60th’s.  My daughter (after 12 years and 2 children with her partner) decided to get married with just us parents there.  It was the week before the barbeque so guess what that turned into – a surprise celebration (for the guests not the bride and groom!)  We invited a few more that year and it was a big event, but these days, even when we stick to immediate family, (as this year) we top 40.

We will carry on with the barbeque.  Apart from my daughter who is close by, the rest are scattered around with middle son living in Ireland.  But this is the one time they all get together in one go and it is great to see the little cousins playing together, brothers and sisters chatting as if they only saw each other yesterday.  We’re a gregarious bunch, everyone’s had their ups and downs and done different things but there is no doubt that the family feeling is pretty strong – the eldest 20 year old grandson says he will never miss the barbeque ( and he hasn’t – yet!)  We have a video of him break dancing at the age of 5 – he won’t ever live that one down.  And we have ‘adopted’ one or two others along the way that will never be thought of as anything less than family.

We have more memories than I can list here.  But we have plenty of photos (we take a group family photo every year) and many of the favourites are on the wall in the shed (large shed nicknamed Grumpz’s Shed (that’s hubby) – useful when it rains!).  It’s quite a gallery now and triggers some good memories and debate on who did what, where and when!

With all it’s faults, quirks, achievements, laughs, joy and friendliness we seem to have created a family that, although separated by miles on a day to day basis, is close and enjoys each other’s company.  I like to think that a simple once a year barbeque has contributed to that – long may it continue………………………………