What are your thoughts on Fathers Day?  I don’t need to do much these days – the kids have grown and hubby says its not down to me (he is not my father!) and my own Dad has not been with us for some years.  But I do have some opinions – or at least some thoughts to chew over. 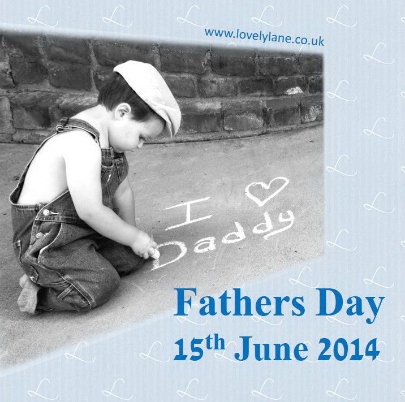 The invention of Father’s Day

Fathers Day is a relevantly new invention – a lady called Mrs Dodds of Spokane, Washington, USA campaigned for a Father’s Day to complement Mother’s Day.  Her mother had died in childbirth and her father was a single parent for 6 children.  She wanted to honour him and the good job he made of raising all those kids.  She succeeded and from 1910 Father’s Day was celebrated on the 3rd Sunday in June in the USA (and has ever since – although it wasn’t until Richard Nixon signed a congressional resolution in 1972 that it was officially recognised.  Mrs Dodds, thankfully, was still around to see that happen, although in her nineties.  The UK, as did other countries, followed on and it gathered pace until we reached the commercialisation we have today.  Here’s a few more facts for interest!

Too commercial or what?

Did I sound cynical about commercialisation?  I have no problem with the concept of gift buying and giving but I do like it to be in keeping (and within budget!) of what the giver is trying to say and the sentiment and memories they want to evoke.  I still have the small white vase with a blue flower on it that was my eldest son’s first effort at choosing, buying and wrapping all by himself – I think he was about 8 and only aspired to the pound shop in those days!  Later gifts may have increased in value but the most important thing is the memories they trigger – which is why I believe there should be no pressure to spend vast amounts of money – it’s the meaning behind a gift that is the most important.

There is a down side – some fathers may have limited or no access to their children, some may have lost children through illness, some children will have grown up and be getting on with their own lives without a backward glance (not necessarily deliberate!).  Those Dads may be looking round at happy families on Sunday with a bit of sadness.  For some children (and adults) it may bring back memories of fathers who were less than perfect or remind them of lovely Dads they are no longer able to chat to or tell how much they love them.

But I say YES! to Father’s Days

In the busy days we lead it is easy to take Dad’s for granted and not tell them or remind them what they mean to us.  So I would say YES! to Father’s Day and make sure you take time out to call, email, tweet, text or skype your Dad – lets face it there are lots of ways to communicate these days!  Even better call round and see him if you can.  So lets keep the sentiment that Mrs Dodds was promoting – we have some lovely Dads out there and they need to know it!  And don’t forget – you can always tell them more than once a year!

Good Morning Britain are trying to get everyone involved in Father’s Day this week by asking for 3 words that describe your Dad.  Why don’t you join in – here’s mine! 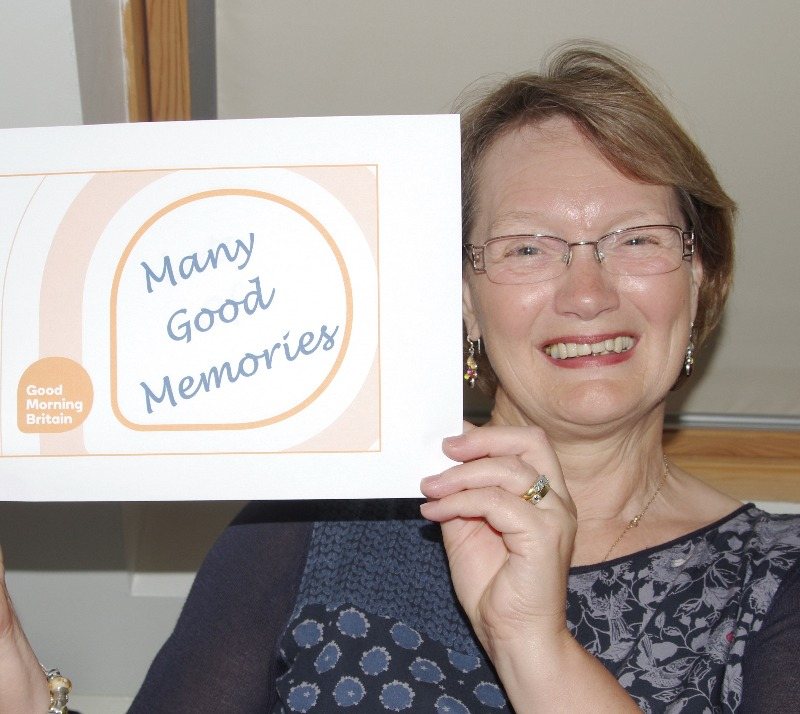 My Dad – like most people’s – got some things wrong but most things right and he left me with some lovely memories.  The longest journey we had on our own was when he took me and my possessions to Plymouth (from Scotland) when I left home.  We had a great few days together and I only appreciate (now that I have made similar trips with my own children) how difficult saying goodbye must have been.  We don’t notice that in the excitement of new adventures!  However, if he was here today he would probably tell you a story about me from when I was 5.  He stopped the car so I could climb the fence into a field for a call of nature.  I took a while so he came looking for me and there I was making a daisy chain with no thought of getting back to the car any time soon.  He wasn’t too pleased but the story took a different tone after a while and was still being told when I was 40!  Memories are wonderful things!

So what will we be doing this Father’s Day? 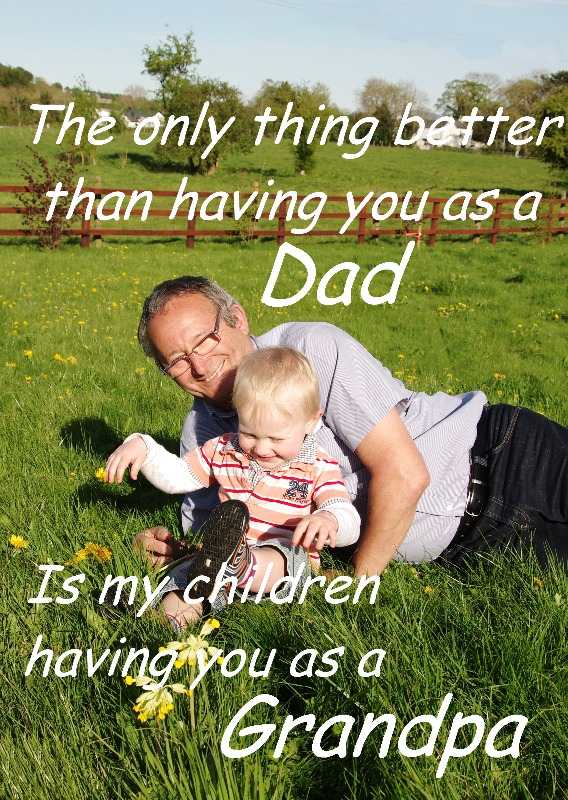 On Sunday, hubby will talk to all of our children – but we are lucky and probably talk to them most weekends anyway, even though they are scattered around a bit.  We will be having afternoon tea (a bit of a tradition in our family – we’ve logged a few happy memories with that one) with one daughter and two grandchildren.  The grandchildren will bring their own Dad along clutching the homemade cards and the useful (or not so useful!) gifts that have been made and chosen with loving care just to show how much they love their Dad.  And there might be a couple of things for Grandad too!